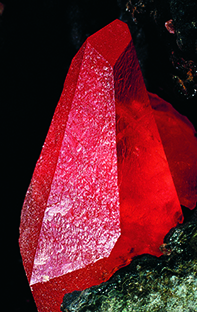 The mineralogical collection contains over 3,000 mineral species, among them all major minerals and a number of rare mineral species primarily from the localities researched by Danish mineralogists through time: Denmark, Norway, Faroe Islands, Iceland and Greenland. The collection has also been supplemented by acquisition of samples from all over the world, primarily rare minerals from the famous alkaline provinces of Canada, Russia and Namibia.

It also includes historical samples from many important, now partly or wholly exhausted, mineralogical localities, the samples that have been acquired during the past four centuries. The collection is one of the leading in the coverage of Greenland mineralogy, the mineralogy of the historical Norwegian localities (like Kongsberg and Arendal), historical Icelandic mineral localities (e.g. famous calcite crystals from Helgustadir) and the local Danish mineralogy with a large collection of amber. 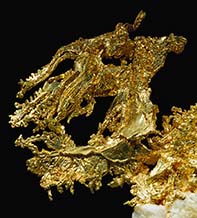 The University mineral collection was established in 1772 with the formation of "New Natural Theater of the University". However, some specimens could be dated as far as the seventeenth century. The oldest one, dated 1666, is the large piece of the wall-rock from Kongsberg mine, originating from “Kunstkammeret”. This was an important collection started in 1650 by Danish King Frederick III and incorporated in the university collection after 1860.

There were two attempts at establishing an university mineral collection before 1770, but both of those previous collections were lost. Only when Morten Thrane Brünnich took over the task, a lasting collection was established. Its main part was the Brünnich’s own mineral collection, supplemented by "Charlottenborg Collection", formed by the Natural- and Household Cabinet as a reaction to the University’s unwillingness to strengthen the Natural Sciences. 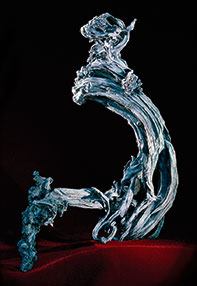 Both Brünnich and his successor Gregers Wad increased the collection through donations and purchase. For example, in 1777 the museum obtained through an auction the Terkel Klevenfeldt’s valued collection that included, among the others, gold from Sumatra and silver from Kongsberg.

1810 was the decisive year for the museum. Count J.G. Moltke, prime minister and patron of the University, inherited his father’s exclusive collection of minerals and fossils. Like his father, the count wished to strengthen the natural science, but his opinion was that it should be taken care off through the University. To accomplish that, he first bought all mineral and zoological collections from the University, merged them with his father’s collection supplemented by Chr. F. Schumacher's, Chr. S.N. Münster's and G. Wad's private collections that he also bought, and finally donated everything to the University.

In the following period (until 1848) the museum received a number of various mineralogical collections. Of specific importance were parts of K.L. Giesecke’s donation to the Royal Trade Management for Greenland from his pioneering work in Greenland (1817), count Raben’s collection (1819), J.G. Forchhammer’s collection (1831) and others with selected Norwegian, Hungarian and Icelandic minerals.

In 1848, after the death of King Christian VIII, his outstanding mineral collection (Chr. VIII's Second Particular Mineral Cabinet) was given to the University and increased significantly both the size and the value of the museum’s mineralogical collection.

The royal Natural History Museum in Stormgade was closed in 1862 and its collections were incorporated in the university museum, which after that time contains all essential Danish natural history collections. The mineral collection of the royal museum was an amalgamation of the Royal Danish Kunstkammer and a number of selected mineral collections, e.g. J.G.L. Manthey’s, Th. Holmskjold’s and P.C. Abildgaard’s.

After this huge integration of royal, private and university collections, which happened in the second half of the nineteenth century, the collection was systematically enlarged through purchase, exchange, donations and collecting expeditions. The new acquisitions changed their character from Kongsberg’s silver, Icelandic and Faroe Islands’ zeolites or selected pieces from the classic Central-European localities, into the ever growing number of specimens coming from the booming mineral research in Greenland.

Already before the turn of the century, the expeditions were bringing significant material from Greenland, notably West Greenland, where localities Ivigtut, Ilímaussaq, Narssârssuk and Fiskenæsset turned out to contain number of new minerals. This development continued, and especially after the Second World War a valuable material was brought from Greenland, now including also its eastern part (e.g. specimens from the Gardar province). 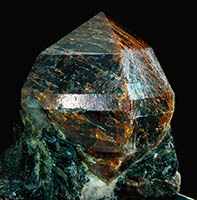 The museum received one of the largest donations of the modern time in 1974, when Kryolitselskabet Øresund presented it with a significant collection of minerals from Ivittuut (Ivigtut), Greenland, an acquisition that consolidated museum’s position among the world’s leading collections in that specific field. The mineral collection owns a large type material of around 60 different mineral species, almost all from Greenland. The oldest dated one is a piece of cryolite, M.M. No. 1, analyzed by P.C. Abildgaard in 1799; the associated paper label contains the name cryolite (kryolit) printed for the first time. The world leading position of the mineralogical collection in the realm of Greenland mineralogy is maintained by constant contributions from Danish and foreign geologists through the rest of the twentieth century and until today.

From its beginnings, the museum mineralogists played a central role in establishing the mineralogy of Denmark and other lands under the Danish crown and gave important contributions to specific parts of general mineralogical science. Probably most internationally known is O.B. Bøggild who also gave name to one of the most intriguing mineralogical phenomena. The splendid spectral colours of the mineral plagioclase in its variant labradorite are due to tiny lamellae called Bøggild intergrowths. Bøggild also wrote The Mineralogy of Greenland (1953), which still is the primary textbook in this field. The other important world known publications of the museum’s researchers other than research articles are Ole V. Petersen’s and Ole Johnsen’s Mineral Species First Described in Greenland and Ole Johnsen’s Minerals of the World, one of the most praised popular books in the field of mineralogy; published in several languages and illustrated with excellent photographs from the mineralogical collection of the museum. 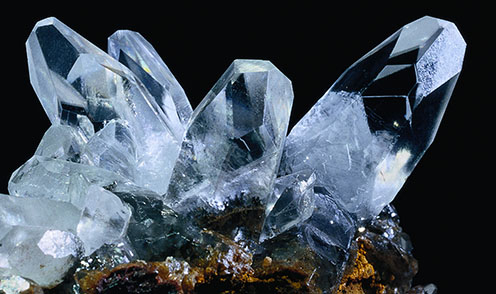