Danekræ fossil trove are geological, botanical or zoological objects of fossil or subfossil nature, or meteorites found in Denmark, with unique scientific or exhibition value: rare or extremely well-preserved fossils, animal skeletons from the Ice Ages, meteorites or minerals. 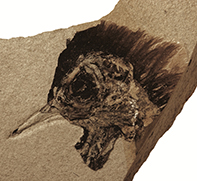 Fossil trove belongs to the state, and any person who finds or gains possession of fossil trove after 1989, shall immediately deliver it to the Natural History Museum of Denmark, or one of the nationally recognized local natural history museums.

Whoever finds of Danekræ fossil trove, will receive a renumeration. The size of the renumeration depends on the scientific and exhibition value, as well as the care taken for the specimen.

What is declared Danekræ fossil trove?

Many people actively collect rocks, minerals and fossils for their private collections, or to decorate their shelves. However, some finds are so exceptional, that they must be deposited at a museum.

Only exceptional finds are covered by the fossil trove legislation. It is difficult to indicate in advance which finds will be declared Danekræ fossil trove. Each case will be evaluated by the national Danekræ committee. Generally the following specimens are covered:

Specimens must either physically derive from Denmark or have been transported here by non-human means, such as ice age glaciers.

Fossil trove legislation does not cover threatened living plants or animals, which fall under the auspices of the nature conservation or hunting legislation.

What should the finder do?

If you make an unusual find, which you suspect may fall under the Danekræ fossil trove category, please follow the instructions on this webpage. The page also includes information for museums, who receive potential fossil trove.

The scientific value of fossil trove is greater, if the precise locality of is discovery is indicated. This allows the locality to be revisited for further studies.

When determining the size of the renumeration, reference is made to the care taken for the specimen by the finder. Amongst others, this means that unnecessary cleaning or preparation of specimens should be avoided. If an excavation is deemed necessary to recover the entire specimen, the task must be handed over to specialists from one of the country’s museums.

The concept of Danekræ fossil trove was introduced during the revision of the Museum Legislation in 1989 by the Danish parliament. Existing legislation was expanded in order to secure the most important national natural history finds and specimens for the public. Fossil trove legislation correspond closely with those which have been in existence for more than 300 years concerning Danefæ, which are important national finds of archaeological or manmade artifacts. 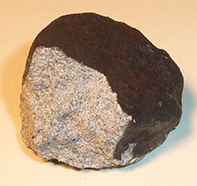 The Danekræ legislation is also an outstanding example of citizen science, which has helped strengthen the bond and cooperation between amateur fossil hunters and the scientific and museum community of Denmark.

To this date, some 784 specimens have been declared Danekræ fossil trove. By far the majority of specimens in the collection are fossil remains of prehistoric animals and plants but one rock and two mineral specimens have also been recognised.

Special mention must be made of the three Danekræ meteorite troves, namely Maribo (2009), Ejby (2015) and Dueodde (2017). Without the Danekræ legislation these extremely valuable specimens could not have been retained for scientific studies, as well as exhibition and public outreach purposes.

While the Danekræ fossil trove collection is physically housed and formally registered at the Natural History Museum of Denmark, a large number of specimens are on long-term display at local natural history museums around Denmark, usually closely associated with the localities they were discovered in. Specimens are also routinely on loan for special or temporary exhibits. 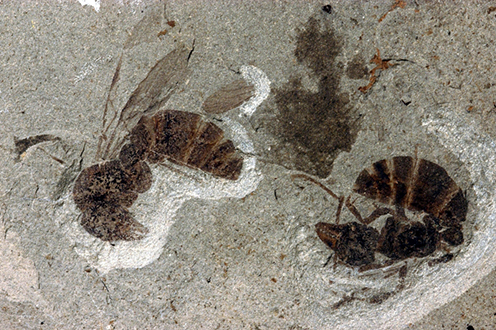