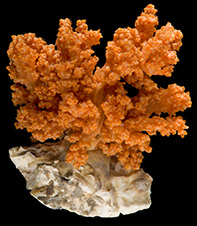 The collection comprises representatives of all the major groups worldwide, both benthic and pelagic, in shallow waters as well as in the deep sea. Coverage varies from one geographical region to another.

It centers on the North Atlantic (Iceland, The Faroes, Scandinavia), and the Arctic (Greenland), but regional collection efforts in other parts of the world have resulted in extensive materials (The West Indies, West Africa, Indonesia, New Zealand).

The Hydroida, the Scyphozoa, the Actiniaria, many of the Octocorallia, and the Ctenophora are stored in alcohol, while a large part of the Octocorallia and nearly all Scleractinia are dried. Some materials of older date have been sorted, but were never worked up. Wet samples provided after 1900 are generally supposed to have been treated with formaldehyde. The sampling efforts were scattered over time, and carried through on expeditions with different main objectives and using different kinds of gear.

More than 200 publications have fully or in part been based on specimens in the collection, the oldest dating back from 1775.

The scleractinian corals collected by Forsskål in the Red Sea in 1761 comprise quite a number of type specimens. Especially significant with respect to size and coverage of the diversity of the investigated areas are the collections from the Danish “Ingolf” Expedition 1895-96 (Iceland and southern Greenland), the “Godthaab” Expedition 1928 (Davis Strait and Baffin Bay), the “Dana” Expedition 1928-30 (Worldwide), the “Galathea” Expedition 1950-52 (Worldwide), and Th. Mortensen's Kei Expedition 1922 (Indonesia).

The building up of the collection dates back to the 1870’es. Around this time a tradition was created by the then professor of zoology, Japetus Steenstrup, who contacted officials in the Danish colonies and captains of merchant vessels asking them to provide and send home interesting specimens. During the following decennia the Zoological Museum received scattered and somewhat fortuitous materials from Greenland, Iceland, The Faroes, The Virgin Islands (West Indies), The Mediterranean and East Asian waters.

Also, one very remarkable one-man contribution has resulted in accession of comprehensive materials of invertebrates, including Cnidaria. It was accomplished by Th. Mortensen (1868-1952), inspector at the Zoological Museum, who between 1899 and 1930 travelled to many parts of the World collecting in shallow waters. Many of his materials originate from localities which for different reasons are inaccessible or difficult to visit today with the aim of collecting.

Historically, the cnidarian/ctenophore collection has only part of the time been curated by specialists. C.F. Lütken (1827-1901) became assistant at the museum in 1851, and over time worked with different animal groups, retiring in 1899; within the Cnidaria he was interested in antipatharians and scleractinians. H. Jungersen (1854-1917) became assistant in 1883, and until his death worked with several animal groups, among them octocorals. P.L. Kramp (1887-1975) took responsibility for the collection from 1917 until his retirement in 1957; he worked especially with hydroids. K.W. Petersen (1935 -) came to the museum in 1965 and was curator of the collection until 1988, when he went to the Exhibition Department; he worked with hydroids. 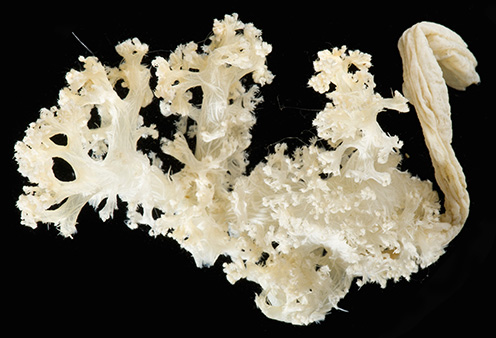