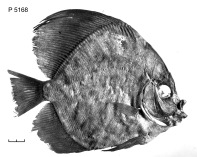 The history of the collections reach back in time more than 200 years. They are therefore rich in type specimens, of which many are old and frequently requested by the international research community. The collections are continually developed and expanded with specimens from all over the world. A rapidly growing resource is our tissue collections for DNA analysis, including African mammals and more than 3,000 species of birds.

Apart from rich collections of Danish animals, the museum has strong representation of: