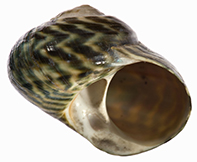 The collection of mollusks is one of the more important of the large, old collections in Europe, dating back to King Frederik III's "Cabinet of curiosities" from the 1650'es.

Important collectors were: L. Spengler, C.F. Schumacher, Count A.G. Moltke, and King Christian VIII. In the collection are not only types, but also original specimens for descriptions and illustrations in many publications, such as Regenfuss (1758), Chemnitz & Martini (1769-1829), Fabricius (1780), and Forsskål (1775).

Cephalopoda and Ophistobranchia are especially well represented in the collection, and the collection of prosobranch egg masses is worth mentioning.

The oldest, well-documented parts of the mollusk collection are from the last half of the 1700’es; material from the Danish Expedition to Arabia 1761-1767 and from a number of Danish collectors: Spengler, Moltke, and O.F. Müller, amongst others. Much of this material was used in i.a. the publication of perhaps the largest, illustrated malacological work of its time, the Neues Systematisches Conchyliencabinet, especially the many volumes edited by J.H. Chemnitz. The specimens used have subsequently become types for a large number of early species descriptions.

In the 19th century further important additions to the collection were made. The private collection of King Christian VIII was included after his death, several collectors added large materials from the Danish colonies in Greenland and the Danish West Indies, and a large cephalopod collection was established on the initiative of Japetus Steenstrup.

In the 20th century some highlights of collecting efforts have been plankton material from the “Dana” Expeditions, the deep sea “Galathea” Expedition 1950-1952, opisthobranch gastropods and North Atlantic and Arctic mollusks from various collecting programmes.