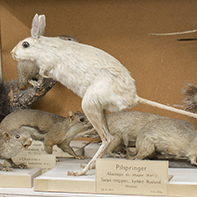 We have a large collection of whale skeletons from Greenland and Denmark (some of which can be experienced in our whale basement), and large series of sperm whale, narwhal, beluga, harbor porpoise and white-beaked dolphin. 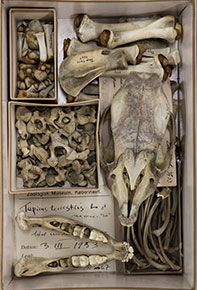 The origin of the mammal collection can be traced almost 370 years back in time, to a brilliant mind of his time, Ole Worm (1588-1654). Worm travelled through Europe during his studies, bringing him to Germany, France, Switzerland, Italy and England. He visited many European curiosity cabinets, and these inspired Worm to initiate his own collection.

Back in Denmark, Worm was hired at the University of Copenhagen, where he occupied many different professorships. He introduced a whole new way of teaching, using his expanding collection in his lectures, and he opened up his collection for students and others who where interested. Parts of Worm’s collection exist today, stored in various Danish museums, and 40 of his natural history objects are found the Natural history Museum of Denmark. 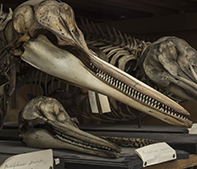 While many of Worm’s colleagues relied on reading work by other scientists, Worm pleaded to his students that they should experience the world and obtain knowledge by actual examination. Dissections were one of Worm’s favourite forms of examination, through which he solved many mysteries, such as the misconception about the spontaneous generation of lemmings. Worm dissected lemmings, proving that they were anatomically similar to other rodents, and that they had sexual organs.

Some of Worm’s students carried on the dissection tradition, a tradition that is continued today, in one of the most well-established and well-functioning dissection facilities in the world. In addition to osteological preparation, which is directly linked to the mammal collections, public dissections are undertaken in the dissection, to serve outreach and educational purposes. 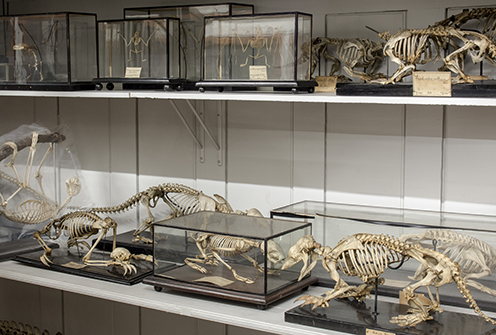