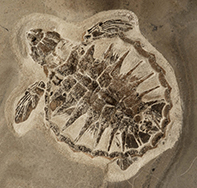 The Danekræ collection contains fossils, minerals, rocks and meteorites from Denmark, which have been deemed “national fossil trove” of unique scientific or exhibition value.

By far the majority of specimens in the collection are fossil remains of prehistoric organisms ranging from the Cambrian up to and including the late Pleistocene, with a few mineral, rock and meteorite specimens as well.

Among the Danekræ, fossil insects and fish dominate, each group making up around 30% of recognized trove specimens. Furthermore, just above 60% of all fossil trove specimens derive from the latest Paleocene – lowermost Eocene deposits in the Limfjord area of northern Jutland, Denmark. 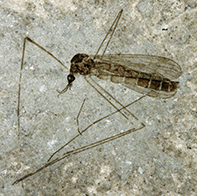 Several hundred fossils of outstanding exhibition value, supporting valuable public outreach and mediation efforts in Denmark; or of national and international scientifical value; or both (see examples in section "Important specimens" below).

The concept of ”Danekræ” was created with the 1989 revision of the national museum law to ensure that fossil or subfossil specimens of exceptional national value, as well as meteorites from Denmark were preserved  for scientific and exhibition purposes.

Danekræ fossil trove are geological, botanical or zoological objects of fossil or subfossil nature, or meteorites found in Denmark, if the object is of unique scientific or exhibitional value. Specimens must either physically derive from Denmark or have been transported here by non-human means (such as ice age glaciers). Fossil trove belongs to the state, and any person who finds or gains possession of fossil trove after 1989, shall immediately deliver it to the Natural History Museum of Denmark, or a nationally recognized local natural history museums. 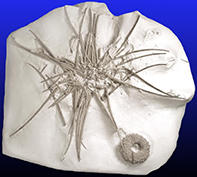 By far the largest amount of specimens evaluated for – and eventually declared as - Danekræ status have been the fossil or subfossil remains of animals or plants. As of 2016, one rock and two mineral specimens have also been declared fossil trove.

Special mention must be made of the two Danekræ meteorite troves, namely the Maribo fall of 2009 and Ejby meteorite in 2015. Without the Danekræ legislation these extremely valuable specimens could not have been retained for scientific studies, as well as exhibition and public outreach purposes. The Danekræ meteorite specimens are physically housed in the Danish meteorite collection.

While the Danekræ fossil trove collection is physically housed and formally registered at the Natural History Museum of Denmark, a large number of specimens are on long-term display at local natural history museums around Denmark, usually closely associated with the localities they were discovered in.